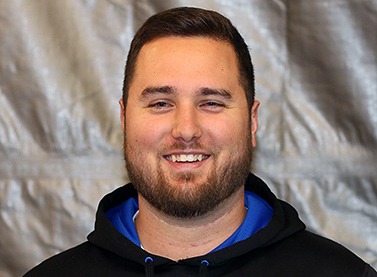 Hailing from Southern California, Ryan grew up around volleyball while his aunt played at Loyola Marymount University. What he didn’t know was that would spark his interest subconsciously in this great sport once he was introduced to it in high school. He started his playing career at the prestigious Santa Monica Beach Club, with brilliant volleyball minds at the coaching helm like former USA National Team participants and NCAA Division I players, his knowledge and love for the game grew exponentially. Coming to Sonoma State for school, he played on a powerhouse Division II men’s club volleyball team for five years, capturing two silver medals and five overall top nine finishes at the NCVF National Championships. Since finishing his degree and playing days at Sonoma State, he has assisted their men’s team to two more top nine finishes. Ryan comes to us with a passion and knowledge for the game that is hard to match, and is in his third season with the club.